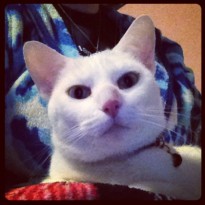 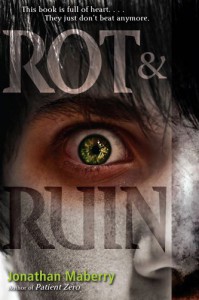 I’ll be honest here.  I almost ended up DNFing this one within the first 50 pages.  I originally had started this as a buddy read with Jessi from Novel Heartbeat, but that plan kind of fell through when she decided to throw in the towel after the first few chapters. (I don’t blame you, Jessi!  I was really close to doing it myself!)

After forcing myself to at least give it 100 pages before quitting, the story actually started picking up. The characters became more likable, the plot became more intriguing, and of course the swarms of zombies started showing up! I haven’t really read a lot of zombie books, but this one was actually pretty good once you get past the slow beginning! Reminded me of The Walking Dead (which is one of my absolute favorite shows!). The “zoms” were actually pretty scary.  That itself surprised me quite a bit.  My favorite character was Lilah (The Lost Girl) because she was such a badass zombie-killing wild woman!

Although I really liked this stuff, there were also something I really couldn’t get over.  First of all, I couldn’t stand how whiny Benny was.  In the very beginning he was in search of a job because once you turn 15 in the village, you must get a job or you lose half of your rations. Benny went through more than 5 different jobs because he simply didn’t like them.  Hello! You’re in the middle of a zombie apocalypse and you’re complaining about how you don’t want to carry a locksmith’s bag around for him because it’d be too boring?  I wish my job was that easy!  I also found little details a bit inaccurate, like when Benny says that his first memory was when he was 18 months old.  Umm… I didn’t think something like that was possible.  Must’ve had a good memory!  And here I can’t even remember what I did yesterday…

I was really on the fence about what rating I should give this book. I didn’t hate it, yet I didn’t love it either. It was a decent story that just aggravated me at times. So I just settled for a 3 star rating because it seemed appropriate.

I would recommend this to anyone who likes books about zombies, of course! You’re probably going to have to have a little bit of patience to get to the good parts, but it is totally worth it in my opinion!